I must admit, I loved the cover and concept of Duality of Nature, so when the blog tour rolled around again, this time including her second book, The Heart of the Forest

Plus, today we get a giveaway, and an exclusive interview from the author about her intriguing race of elves. 😀

Make sure you read all the way to the bottom so you don’t miss any goodies! 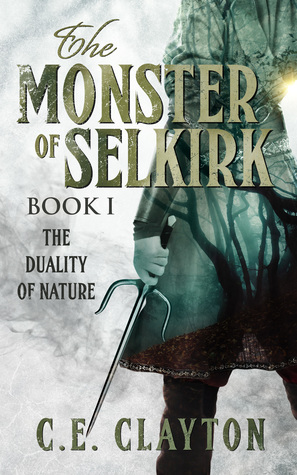 The Duality of Nature

Monsters come in many forms, and not everyone knows a monster when they see one. After three hundred years of monstrous, feral elves plaguing the island nation of Selkirk, everyone believes they know what a monster is. Humans have learned to live with their savage neighbors, enacting a Clearing every four years to push the elves back from their borders. The system has worked for centuries, until after one such purge, a babe was found in the forest.

But when the elves gather their forces and emerge from the forests literally hissing Tallis’s name like a battle mantra, making friends is the least of her troubles. Tallis and her companions find themselves on an unwilling journey to not only clear her name, but to stop the elves from ravaging her homeland. 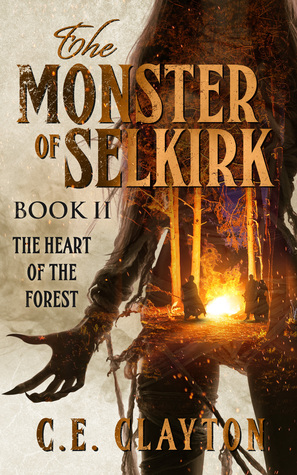 The Heart of the Forest

(The Monster of Selkirk #2)
C.E. Clayton

Tallis is learning how to deal with loss and violence as she and her friends traverse the forests of Selkirk trying to find the reason behind the elven uprising. Not to mention why they keep hissing her name. But the further into the forests they go, Tallis is finding that the elves’ depravity can still surprise her, and thoroughly test the bonds of friendship, family, and love.

Tallis’s journey eventually leads to answers they’re not prepared for. Now Tallis begins to wonder just who she really is, and if she’s the evil that will end up destroying Selkirk. But she cannot stop to process these revelations, as an unforeseen betrayal lands those she loves at the feet of the very monster responsible for all the hurt, and heartbreak.

Coming face to face with her foe, Tallis discovers all too late she has no idea how to deal with this level of pain, and death. One way or another, the monster’s path ends here, and all Tallis can hope to do is bring those she loves safely out of the heart of the forest.

Angel Leya: I was fortunate enough to get the chance to pick author C.E. Clayton’s brain on her race of elves, which sound a little darker than your average fantasy elf. Check it out!

Hi everyone! I’m Chelscey (a.k.a. C.E. Clayton) and I’m excited to do a guest post for you! As a fantasy author, it should come as no surprise that I am also a huge fan of all things fantasy: from games, to books, to movies. When crafting my stories, I lean pretty far into the things I find the most interesting about fantasy lands, creatures, or magic systems. Which is how I came up with the corrupted culture of the elves.

In most of the books and movies I’ve read/seen, elves are often portrayed as this regal, elegant, and powerful race (I’m looking at you, Lord of the Rings). Since I really do like elves—their nature-based lore, their beauty, etc.—I started thinking: “I wonder what would happen if the elves weren’t so noble?” And from that one snowball, an avalanche started.

I began looking at what popular media has turned into cannon for elves, and twisting it just a little, which led to the idea that the elves, with their symbiotic relationship with nature, could be corrupted by that same relationship. Mother Nature isn’t always nice, anyone who has lived through a natural disaster knows that, so it seemed silly that the elves, who worship nature essentially, couldn’t also be affected by that. By combining this idea that nature isn’t always nice and can often be destructive, to my elves with their natural bias against other races, the feral elves were born! I know that’s a little vague, but I want to avoid spoilers, too.

I didn’t take everything I know about elves and flip it, though. Some things that I really liked I kept as is. For instance, my elves are still nimble warriors and are often beautiful when, you know, they aren’t hunting people.

By leaning into the things I found interesting about elves, I was able to play a really fun “what would happen if” game, which then gave rise to the unique elves that reside within my fantasy series. And, because the elves evolve and change depending on where my characters go, I get to showcase more and more of their culture from book to book.

So there you have it! I hope you found how I went about creating my elves and their culture as interesting and fun as I had writing them! 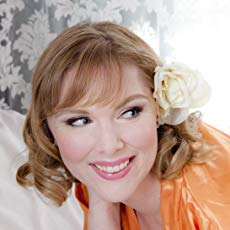 C.E. Clayton was born and raised in the greater Los Angeles area, where she attended the University of Southern California (Fight On!) for both her Bachelors and Masters, and then worked in the advertising industry for several years on accounts ranging from fast food, to cars, and video games (her personal favorite). After going the traditional career route and becoming restless, she went back to her first love–writing–and hasn’t stopped.

She is now the author of The Monster of Selkirk series, and her horror short stories have appeared in anthologies across the country.

More about C.E. Clayton, including her blog, book reviews, social media presence, and newsletter, can be found on her website: https://www.ceclayton.com/