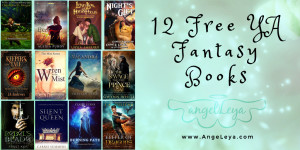 I’m back with 12 more ya fantasy books! These tend toward the high fantasy range, and the covers are gorgeous, not to mention some intriguing descriptions. I’ll be picking up several of these myself.

(The to-be-read pile is getting nearly overwhelming!) Seriously, check these out and top off your summer reading list before summer runs out!

1. KEEPER OF THE DRAGONS BY J.A. CULICAN [FANTASY] On his 18th birthday, Cole learns that he is a dragon fated to save all that was deemed true. Cole’s life spirals into an uncontrollable battle for life or death.

First, he learns that his family isn’t really his own and his birth parents are dragons. With that legacy comes a special calling; devoting an eternity to protecting all true beings from creatures bent on controlling the Earth and bringing an end to dragons.

As the newly-minted Prince of Ochana, Cole is also the Keeper of Dragons and his first task is to keep the nefarious farro-fallen fairies-at bay.

With no formal training, no control of his mahier-dragon magic, and fear like he’s never experienced before, will Cole be able to reach outside of his human side and embrace his destiny in time to defeat the farros? Azura, heir to the throne of Miina, is resigned to her fate. She must marry her mortal enemy in the hopes of ending a centuries long war.

But when a handsome and enticing stranger appears on the horizon, she is swept up in an illicit but undeniable romance.

When a false accusation puts her new love’s head on the chopping block, Azura must give up all she knows in a daring and desperate plot to save him. Through an inexplicable ability, her beloved can hear her thoughts. A member of a clandestine renegade group, Eron plans to free their city from tyranny. Unfortunately, when Leesa’s mistake exposes him, Eron is thrown in prison for life.

Leesa will do anything to free her beloved. But when disquieting magic, backstabbing politics, and a shocking murder complicate her quest, she may face the same fate as Eron.

Or worse, the gallows. Secretly trained, swordsmith Sage Blackwell steps up to run her family’s forge when her father falls ill. Sage desires to help the neglected Aermians but is bound by duty to provide for her own…

Until, that is, she’s offered a chance to make a difference.

Sage knows the risks; imprisonment or death, and yet, she’s still willing to take them to protect her family. But when plans unravel, Sage finds herself facing the devils themselves, her sworn enemies, the princes of Aermia.

Tehl Ramses is drowning; crops are being burned, villages pillaged, and citizens are disappearing, leading to a rising rebellion. As crown prince, and acting ruler, Tehl must find a way to crush the rebellion before civil war sweeps through his beloved kingdom. He’ll do whatever is necessary to save his people. Yet, his prisoner is not at all what he expected.

5. THE SAVAGE AND THE PRINCE BY GWYNN WHITE [FANTASY] AN OPPRESSIVE FAMILY OF TYRANTS… AND A WARRIOR PRINCESS TO DESTROY THEM ALL.

Princess and warrior Lynx of Norin is forced by treaty to marry Crown Prince Lukan Avanov. But Lukan is her conqueror, born and raised to lord over her.

Lynx, his conquered, was born and raised to hate him. A royal command brings Lynx to Lukan’s palace for their first, explosive meeting.

On a collision course of passion, they ignite a fire that will change them and their world forever.

Destinies and lives are on the line.

Who will survive and who will fall to the passion raging between them?

6. VALANDRA: THE WINDS OF TIME BY TRISTAN VICK [FANTASY] It has been thirty years since The Great War which left the realms of Valandra fractured and broken. Now, an ancient evil has awakened and the wraith knight Ashram has risen from the ashes to lead an army of the dead against the faltering realms.

Arianna De Amato witnessed her master’s death at the hands of the diabolical Ashram. Acquiring the mystical sword, The Moon Blade, she gains the unique ability to guide and control the wind.

But she can’t do it alone.

Enlisting the aid of her apprentice, Lisette Durante, in addition to a debonair thief named Leif Ericson, and a Dark Elf named Alegra Lockwiel, she embarks upon a harrowing quest which will test the limits of their friendship.

But even with the help of her new friends, it still may not be enough to defeat Ashram and his army of the dead.

7. WREN IN THE MIST BY BETH HAMMOND [FANTASY] She’s trapped in a body that isn’t hers. He’s lost in a world that doesn’t want him.

When Thomas is orphaned at the tender age of twelve he is forced to fend for himself. Years later, having turned to a life of banditry, he barely scrapes by. A brush with some dangerous men leaves him venerable.

When Wren leads him to safety she requests something he is unable and unwilling to give.

Together they discover the true meaning of sacrifice.

8. A KEEPER’S TALE: THE STORY OF TOMKIN AND THE DRAGON BY JA ANDREWS [FANTASY] Tomkin Thornhewn, youngest son of the Duke of Marshwell, has a problem: he’s not heroic. Regardless of his aspirations, the bookish, untrained young man is better suited to recording the deeds of heroes than being one himself.

Which becomes an obvious problem when he finds himself clinging to a ledge above a sleeping dragon. And instead of wielding his family’s great sword with valor and skill, he drops it—onto the dragon. The problem grows immeasurably worse when Tomkin himself falls off the ledge—also onto the dragon.

And his problem reaches its peak when Tomkin, after being captured, discovers a maiden locked in a tower.

But this is no sweet damsel.

Not only does she refuse to be rescued, she refuses to even admit she’s in distress.

It’s too bad for the people of Marshwell that Tomkin is the only thing standing – or falling – in the dragon’s way.

9. EVER FIRE BY ALEXIA PURDY [FANTASY] The Serenity of the Land of Faerie is threatened as the Unseelie Queen Aveta rages war against the three remaining Seelie Realms of Faerie.

As Shade’s powers grow, she finds she is running out of time to keep the war from spilling into the human world. Winter is growing in strength as the evil Queen’s horrifying legions scar the land in their frigid wake.

No one is safe.

Shade becomes enemy number one for the Unseelie legions. Questioning her true role of power, Shade discovers the cost of winning may come at a much higher price than she ever imagined. Sarah’s Farewell is a Portallas novella that tells some of the back-story about one of the main characters from the Portallas series of books.

Sarah is a young Fixer, someone who makes and mends things, from the northern town of Jemarrah in the magical world of Forestium.

We first meet Sarah in Forestium: The Mirror Never Lies

, which is book one in the Portallas series.

In Forestium: The Mirror Never Lies

, Sarah is befriended by Joshua, a young Woodsman from a distant village who has set off on a journey to find the truth about his father. Sarah herself is travelling the land on a journey of discovery—a sort of modern day gap year.

In Sarah’s Farewell, we discover how it came to be that she has embarked on her journey. Young Omen Daenoth cannot control his deadly supernatural powers. The only thing keeping him from inadvertently destroying everyone and everything around him is a dragon-forged artifact. But when the item is stolen, Omen can either give up his freedom and admit he’s a monster, or find a way to rein in his chaotic psionics.

Terrified his devastating power will kill an innocent, Omen enters into a shady deal with an undead alchemist and fights his way through the fabled, underground Night Games of the arcane city of Hex to retrieve what he has lost.

When he inadvertently frees a talking cat, his erratic powers may be the only weapon capable of protecting this new companion from savage creatures out for feline blood.

Can Omen protect the cat and the people of Hex or will he be forever lost to darkness?

12. LOVE, LIES, AND HOCUS POCUS: A STUDY IN MISCHIEF BY LYDIA SHERRER [FANTASY] Wizards are born, witches are made, and they mix about as well as oil and water. So when an introverted wizard and a troublemaking witch cross paths, what could possibly go wrong?

Lily Singer is a conscientious librarian who just wants to practice her wizardry and be left alone. Sebastian Blackwell is a ne’er-do-well witch for hire who enjoys getting under peoples’ skin but always gets the job done in the end.

When circumstance forces them to band together against a common enemy, there’s no telling how the dice will fall. 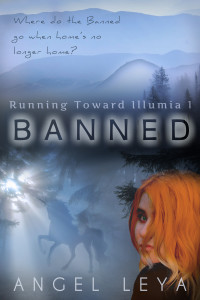 I couldn’t let my tribe starve… But a unicorn?

Turns out they’re hungry enough to ignore the old warnings, but I can’t live with myself if the curse wipes them out before the famine does.

And even if I could, my parents are leaving me no choice.

But taking their only source of food won’t sit well with the tribe. The old tribe song rings in my ears: Where do the Banned go when home’s no longer home?

I’ve only ever wanted to belong, but I fear protecting those I love will only solidify the feeling that I’m an outsider. A feeling that has haunted me all my life.

Somehow, I need to fix this.

Check out The YA Shelf’s roundup of free ya fantasy books. With 42 books on the list, you’re sure to find enough great books to last you throughout the rest of your summer.