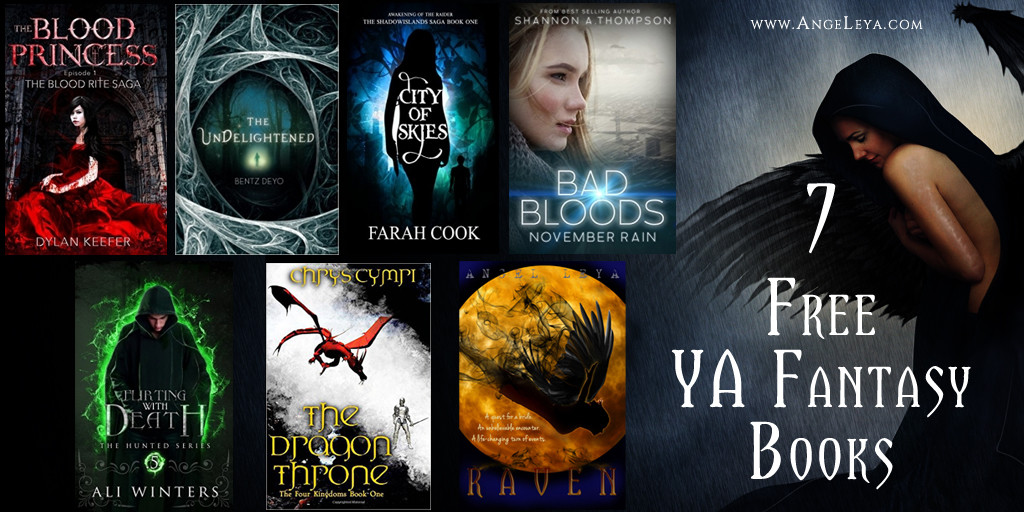 Hope your summer is going well!

If you’re looking for a great new read, I’ve got 7 books to keep your darker side satisfied.

These YA fantasy books are all free, and range from dark fantasy

You’ll be able to get some books through Amazon

I know I’ll be grabbing a few of these for my TBR (to-be-read) pile, which grows larger by the day. *Sigh* Gotta love books! Half vampire Prudence frantically awakens inside a coffin in modern day Maine, her Victorian life nothing but the distant past now. Horrified and confused, she escapes the mausoleum and is rescued by a mysterious woman as she struggles to regain her memories.

After accidentally killing two paramedics when her thirst for blood grows unbearable, she befriends Milo and Charlotte Davenport, the only remaining members of a family sworn to protect her grave.

Prudence suffers through hellish flashbacks of her previous life as new, deadlier threats terrorize her existence. A vampire hunter has chosen Prudence as his only target, with backup to spare if he’s killed, forcing her to search for answers quicker than she can ask her questions.

What do the hunters want with her? Why are vampires after her? Why are humans involved in the mysterious race to kill her?

With a constant unknown threat looming over Prudence, there’s no safe place left in the world. She must accept her vampire side and use it to protect the people she cares about, or they all perish.

But as her grip on reality begins to slip away, she plummets into a cycle of self-destruction.

Will the truth save her from herself or will it send her spiraling out of control and closer to imminent death?

2. THE UNDELIGHTENED BY BENTZ DEYO [FANTASY] Leam Holt’s eighteenth birthday tomorrow caps the most depressing year of his life, marking the anniversary of his failed delightenment—the soul-darkening, magic-bestowing rite of passage that should’ve launched him into the fight between Darkness and Light. Making things worse, Leam’s insufferable brother, Zach, the pride of the family, is set to delighten in a few short hours.

When Gideon, the evil leader of Darkness, arrives to preside over Zach’s ceremony, the course of Leam’s life takes a drastic turn. Rather than fading farther into the background, Leam is ordered to undergo a series of brutal trials.

Vast magical power is suddenly within Leam’s grasp if he triumphs, but Leam can’t seem to stay away from a beautiful girl of Light, and his testing is yielding disturbing results.

As Leam begins to uncover secrets on both sides of the war, he realizes the fate of humanity is at stake, and he may have the most to lose in the fight. Norah Hunt has just joined the deadly quest to discover the ancient Viking legend of the hidden Shadowislands.

Her post-apocalyptic dystopian world, Triangle of Peace, is the only home she’s ever known. But at sixteen years old, the skilled young warrior joins an elite band of Raiders called Jarls.

Her mission? Merely to win the perilous battle for Shadowislands and avoid falling in love with the mysterious boy who just happens to be her worst enemy—and she’s not quite sure which task is more difficult…

The dangerous battle for the Shadowislands stands between the Jarls and the Rognvald, a group of dark raiders led by Frederick Dahl, whom Nora can’t help but fall in love with.

She does her best to keep her love a secret, and when Nora learns she is blessed with special powers by the Norse gods to unlock the Shadowislands, the stakes are higher than ever to claim the heavenly kingdom and crown. Her very existence is a crime…

When Serena is aided in an escape moments before her execution, a revolution is sparked. While on the run, she’s forced to put her trust in a man she knows little about.

Daniel will do anything to stop the twelve-year war that has killed so many of his own.

When Serena falls into his life, he sees the opportunity to fight back and stop the eradication of all bad bloods.

But there’s more to Serena than meets the eye.

They share a connection to his tragic and mysterious past, and the two of them united together might just be Vendona’s only hope. Being a Reaper has its perks, but also has its downsides.

While on assignment, Evander is caught off guard by an unmarked human. Captivated, he is unable to tear himself away.  This is why Reapers don’t associate with mortals.

Piper was ordinary, just a girl looking for love. All she knows is that her current boyfriend isn’t it.

An unfortunate incident and a series of remarkable events turn her world upside down.

But what she finds in the chaos that ensues is the last thing she ever expected—falling for the least likely candidate. 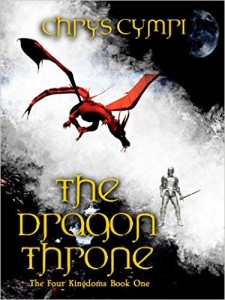 ‘You have only one part of the Summoning Ring,’ said the dragon to Fianna. ‘And neither the knowledge nor the strength to use it even if it were complete.’

Fianna is the only child of King Stannard and Queen Fiona, and has always expected to become the next Keeper of the Dragon Throne. She exiles herself from the court when her father decides to take a second wife. Recalled to Secondus castle after Stannard’s death, she has to contend with the split loyalties among the royal knights. In desperation, she agrees to summon the dragons to support her claim to the throne. Their challenge sends her to meet them in their Sacred Mountains.

In the woods of the unicorn herd, the Prancer loses his milk-brother to an attack by a dragon. He travels across the human kingdoms to seek the killer, discovering the complexities of human relationships and the delights of ale along the way.

They meet at the Sacred Mountains. And so begins a story of love, friendship — and betrayal.

Free for a limited time on Smashwords! (This book is highly recommended – you can read my review here.)

Get it free here! 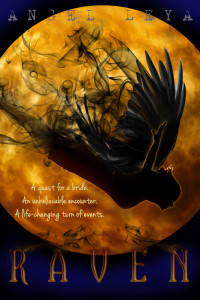 An unexpected encounter with a creature of song may have the power to change his fate.

Tribesman Misha is in search of a deer, hopeful of winning the hand of Tiva–next in line for leadership–and determined to secure his family’s prominence. When he finds a small song-bird-woman, who he names Raven, he’s sure fate is on his side. The creature can’t speak, yet her song captures his heart.

But is Raven the gift he thinks she is?

The end of the day nears, and he must bring home a gift for Tiva or risk losing her to the lowly fisherman, Rokkoo, a fate that would undo everything he’s worked so hard for.

Free for a limited time on Smashwords!

More YA Fantasy Books (for the truly voracious reader)

And if that doesn’t satisfy you, check out The YA Shelf’s roundup of free ya fantasy books. With 42 books on the list, you’re sure to find enough great books to last you throughout the summer.