by Olivia Folmar Ard
My rating: 4 of 5 stars

This book is an interesting collection of short stories and poems. It takes the everyday, the mundane, and puts a different perspective on it. It’s like taking a picture close up – you see things there you never noticed before. A cynic who gets a letter that may just be the root of her bitterness. A woman whose new job comes with benefits, but are they enough? The relationship that might be more than the “just friend” label that’s been slapped on it. Or the titular story that muses about the pretty lies we tell.

A thoughtful collection, well written and insightful. It made for a nice change of pace, and the smooth read was enjoyable. It’s great if you want something with a little more depth and contemplation without the commitment of a full novel.

Olivia is on my trusted author’s list (it’s a personal thing), so you can be sure that the stories aren’t crass or smutty. Real but not explicit.

is available right now for Preorder for just $0.99, and will be released August 6th, which is just around the corner. Get it while the price lasts!

Other books by Olivia

The Partition of Africa

Book 1 of the Bennett Series of standalone novels follows good girl Hattie as she traverses college life, loses her boyfriend, and falls for her hunky professor. As the author so aptly puts it, “The hearts wants what the heart wants, but what if the heart is wrong?”

In Book 2 of the Bennett Series of standalone novels, Molly’s freshly graduated from college and ready to take on the world. Too bad she’s stuck, in her job, in her love life, and in her pursuit of that journalistic career she’s craved for so long. But when a scandal falls in her lap, she has to decide if pursuing her dreams is worth the cost of shattering lives.

This Dread Road (coming out later this year)

I was honored to get a sneak peek at the next and final novel in the Bennett Series of standalone novels. I have to say, they get better as you go, so while you don’t have to read them in order, it might be more enjoyable to do so. Keep an eye out for the upcoming review! 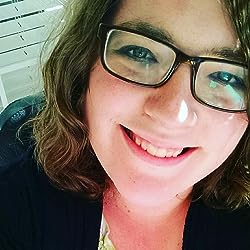 Olivia began writing creatively at eight years old. During middle and high school, she attended several writing conferences and submitted poems and short stories to various writing contests. She finished her first long work of fiction, a novella entitled Heaven’s Song, in the tenth grade. Her short story “By Its Cover” placed first in its division in the 2008 District III ​Alabama Penman Creative Writing Contest. She took a reprieve from writing during her years at the University of Montevallo, where she earned a degree in history in 2012. She finished and published her first novel, The Partition of Africa​, in 2014.

Olivia currently lives in central Alabama with her husband, to whom she’s been wed since the age of twenty-two, and their cat, Buddy. When she isn’t writing, she enjoys watching quality television—The Office (US), Parks & Recreation, 30 Rock, and Friends are her favorites—and cooking without recipes. Along with working full-time at her alma mater and studying English at the graduate level, she is busy working on her next literary adventure.