I love cover reveals, and this one doesn’t disappoint!

C.L. Cannon is pleased to present the official cover for: 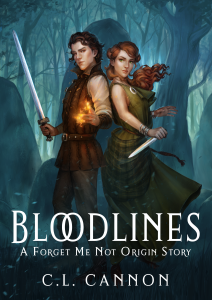 A Forget Me Not Origin Story
by C.L. Cannon

Bloodlines follows fraternal twins Anso and Ava at the very start of magic itself.

When Anso discovers there’s something different about him, something inhuman, he knows he must keep it a secret. His father, his entire village would disown him, or worse. There’s one person, however, who he cannot hide from, his twin sister, Ava. Ava sees right through Anso’s distress and promises to keep his secret while yearning for a power of her very own.

As Anso explores his newfound abilities, he also finds a friend with a similar problem. Could there be more like him?

This is the story of how an ordinary boy became a legend, a leader, the sister who stood by him through it all, and the best friend who taught him to embrace his differences.

, and The Mortal Instruments

will enjoy this series starter.

You can pre-order Bloodlines for just .99! 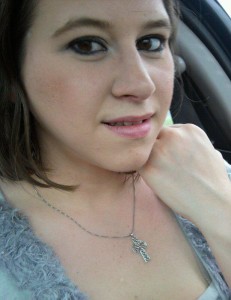 C.L. Cannon is a wife, mother, book nerd, publisher, author, designer, editor, and just about any other thing with an -er sound at the end! She loves music, and frequently sings in the car, much to the dismay of the other cars surrounding her! Her favorite thing to write about is the relationship between friends, both romantically and platonically.  She’s also a huge anglophile! She enjoys networking with other authors and making new friends!

You can find C.L. Cannon at the following links: