An excerpt, a book trailer, a giveaway — oh yeah, and did I mention this series looks great?

Make sure you read all the way to the bottom so you don’t miss anything! 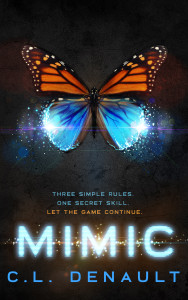 In 2012, one cycle of an ancient calendar system came to a close. Humanity predicted its downfall, but it wasn’t the end of their evolutionary climb. It was the beginning.

Willow Kent is discovering that life as a second-phase prodigy comes at a price.

Trapped in the London Core, her choices are limited, made difficult by her forbidden romance with Reece and the presence of a new commanding officer who establishes harsh rules. With unpredictable skills and a growing distrust in her birth parents, she is struggling to play the Core’s game.

But when opportunity arises in the form of a mysterious shapeshifter, Willow realizes there’s more to her own evolution than meets the eye. She soon learns that keeping secrets is a key move, and the more dangerous they are, the greater her need to evolve into the powerful prodigy nature intended her to become.

But those closest to her have their own secrets, and her status has made her an easy target for betrayal. Who will she turn to, when nothing is as it seems? 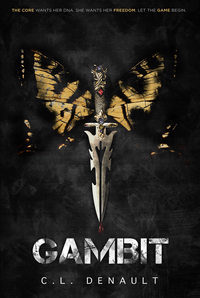 The blow shouldn’t have stunned me. I’d grown up in a tavern, defending myself, and had spent plenty of time training with Kane and Tem. I knew how to take a hit.

This was more than a hit. Kristoffe’s swing was fast and brutal, with a force behind it that rivaled my own—enough to knock me off my feet and send me flying down the hall.

Sensations took over. There was the feel of backward motion. Loss of control as my body hit the floor. More motion from sliding, and the hot sting of my flesh scraping tile. Ceiling lights blurred into white lines. Pain throbbed in my cheek.

But it was the tightness in my throat that hurt most. The tiger clawed like mad as we slid. Her screams pierced the fog in my brain, parting it, carving out a path. If I didn’t stop her, she would use it to climb up and take control.

I managed to shake my head.

“No,” I whimpered, bumping into the limp body of an elevator guard. One of his arms stopped me, and I sat up quickly, recoiling. He was spread-eagled, face down among his comrades, his fingers wrapped around a retinal scanner. I cringed. Was he dead? Had the tiger killed them all? Then my eyes fell on the laser resting at his hip.

I couldn’t. I’d never fired one before.

Not sure who she meant, I jerked my head around. The man with the sabre was still gone. But Kristoffe and his patrol were marching in my direction, dragging Toby with them. He struggled violently until one of them drove a fist into his stomach. A savage tug tore through my belly. Gasping, I leaned over, fumbling for the guard’s laser.

“I wouldn’t do that if I were you.” Kristoffe signaled for his men to stop, but continued walking toward me. He didn’t waver, not even when I grasped the laser in both hands and aimed it at him.

“I’ll shoot.” My finger instinctively hugged the trigger. “I mean it.”

Spreading his arms, Kristoffe made a target out of his broad chest. His smile was icy. “Go ahead, then. Shoot.”

Was he bluffing? I couldn’t tell. He might have a defensive shield. On the other hand, he might go down with one shot. There was no way to know. But somehow, he’d survived the tiger. This laser was my only hope.

Do it, the tiger spat.

My pulse spiked. “I will shoot.”

“Stop,” I cried, my hands shaking.

But he didn’t stop, and the closer he came, the harder I choked on the tiger’s fury. Her strength was more than I could handle. He was only a few feet away when her hissing cry forced me to pull the trigger. A matching cry left my lips. The laser clicked, shuddered— 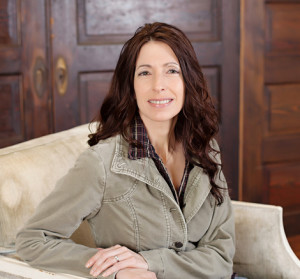 C.L. Denault is a speculative fiction writer who loves dreaming up tales of adventure and intrigue. A former systems analyst, she gave up her nerdy code-writing skills to care for her family (including a son with special needs), and currently lives among the vast stretches of cornfields in Illinois.

Writing and working out are her biggest passions, along with drinking coffee and watching sci-fi. When she’s not hanging out with her husband and kids, she can usually be found at a library or tucked away in the shadowy corner of a hip coffeehouse. She’s also been glimpsed sneaking into her garage, late at night, to work on her time machine.

She enjoys connecting with people—especially those from other planets, nearby dimensions, and the future. To find her, just visit her website or social media pages. Or use a Stargate. Whichever is easiest.