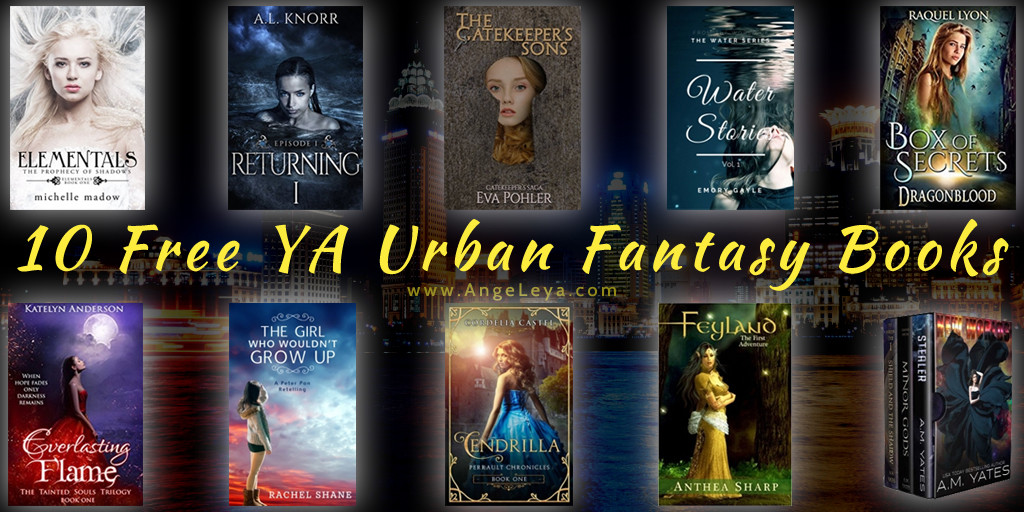 Do you love ya urban fantasy books? Then this list should be right up your alley.

Make sure to scroll all the way to the bottom to see all the goodies, and grab all the free books your heart desires.

1. ELEMENTALS: THE PROPHECY OF SHADOWS [FANTASY] Nicole Cassidy is a witch descended from the Greek gods… but she doesn’t know it until she moves to a new town and discovers a dangerous world of magic and monsters that she never knew existed.

When the Olympian Comet shoots through the sky for the first time in three thousand years, Nicole and four others — including mysterious bad-boy Blake — are gifted with elemental powers.

But the comet has another effect — it opens the portal to another dimension that has imprisoned the Titans for centuries.

After an ancient monster escapes, it’s up to Nicole and the others to follow a cryptic prophecy in time to save the town… and possibly the world. It’s time to leave the ocean. Mira Belshaw has been at sea for… well, she doesn’t know how many years. It’s hard to keep track of time when you live in the ocean. But after enough time, the salt water triggers the desire to procreate, and her time is up.

For weeks, she’s been swimming north. Finding a mate is the most important thing to her right now, and to do that, she has to return to the place where she was last human – the coastal city of Saltford.

Equipped with everything she needs to lure her perfect mate and produce a strong siren child, all she needs is the opportunity to mingle with humans.

But when she meets Nathan MacAuley, the ONE, things start to go sideways… New Worlds Anthology is an exclusive set for readers of fantasy, romance, sci-fi, and YA.

Shield and the Shadow. Fifteen-year-old Therese watches her parents die. While in a coma, she meets the twin sons of Hades—Hypnos (the god of sleep) and Thanatos (the god of death). She thinks she’s manipulating a dream, not kissing the god of death and totally rocking his world.

Than makes a deal with Hades and goes as a mortal to the Upperworld to try and win Therese’s heart, but not all the gods are happy. Some give her gifts. Others try to kill her.

The deal requires Therese to avenge the death of her parents.

With the help of Than’s fierce and exotic sisters, the Furies, she finds herself in an arena face to face with the murderer, and only one will survive. Water Stories Volume One: Celia’s Novelette, is the story of Cora’s mother, Celia.

In this short, you are taken through Cela’s formative years where she struggles with her place among the Sirens and who she really is.

You will find familiar characters here such as Midira, Pearl, and Zale.

Dive into the hidden world of the Sirens and discover the history and characters that form the world Cora and Darrien love. 3. Watch out for Wednesdays.

Six months after her father’s disappearance, Piper takes delivery of a mysterious box, and soon afterwards, a weird-looking boy begins to stalk her. A hidden letter and a chance meeting lead her to new friends who want to help.

But to get answers, Piper must leave the life she thought to be real behind, and accept that her new friends are not the only ones with secrets; her father kept the biggest one of all. Joan becomes involved in a war that will change her life forever. She discovers that the world holds many secrets, even magic beyond her wildest dreams. The existence of immortality drove humanity to the edge.

Humans are hunting Joan’s kind to extinction. Circumstances force her to act. She wishes to put an end to the slaughter of innocent Tainted Beings. Only she has the courage to step up.

How far can a hero fall before they became a villain? The road of revenge is a dangerous and slippery path. That doesn’t stop Joan from making the ultimate decision of becoming an assassin. Her true test is to prevail and not become consumed by darkness.

Will she succeed or will she turn into the monster she was trying to destroy?

8. THE GIRL WHO WOULDN’T GROW UP: A PETER PAN RETELLING BY RACHEL SHANE [FAIRY TALE FANTASY] A retelling of Peter Pan set in modern day high school in which Wendy gets caught in the middle of a prank war and a war for her heart between two rival lacrosse captains, Peter and James. Rilla Perrault is not elegant or charming like her step-sisters. According to Mother, she curtseys like a constipated boar, can’t dance, and is incapable of serving an elegant tea.

When Rilla is betrothed to Lord Bluebeard, a man suspected of murdering his previous wives, she escapes to the capital with Bluebeard’s slave.

Having paid a hefty bride-price, Lord Bluebeard sets his mercenaries on the chase for the runaway pair.

Now, Rilla must reach the capital, a place where ogres like Bluebeard are forbidden to enter, before her murderous betrothed and his blood-thirsty servants exact their vengeance. Jennet Carter never thought hacking into her dad’s new epic-fantasy sim-game would be so exciting… or dangerous.

Behind the interface, dark forces lie in wait, leading her toward a battle that will test her to her limits and cost her more than she ever imagined. 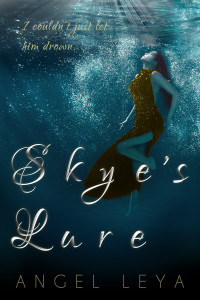 I should’ve let him drown.

That’s what any normal Mer would have done. Of course, if I was like the rest, I wouldn’t have been lurking around that party yacht, trying to catch a glimpse of the humans.

My people will kill me if they find out–literally–but I can’t help going back every time he shows up.

And he’s offering me everything I’ve ever wanted: A chance to see land.

But how can I possibly say no?

LEGEND OF THE MER [FANTASY] 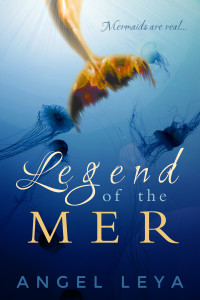 Skye recounts this very short story to her audience of young Mer. The history of mermaids is a tale full of heartache and bad choices, in which a human tribe–once holders of the sea’s secrets–become cursed and endure a mermaid transformation that will change their lives forever.

The rise of legends is not an easy one, nor is its retelling. Skye finds an ache growing, one that calls for land and answers to the questions her heart has always conjured after a retelling.

Check out The YA Shelf’s roundup of free ya fantasy books. With 42 books on the list, you’re sure to find enough great books to last you throughout the summer.