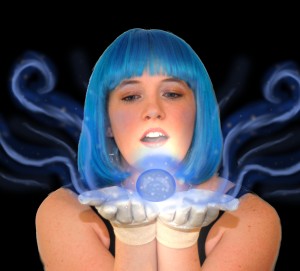 Some of you may know, and others may not, but my pregnancy is coming to a close. I’m just a couple of weeks away from my due date, and going natural, so my little girl’s birthdate is up to her now. I know it will be both good and, but I’m ready. Don’t worry, though. I’m not going to disappear. Here’s what’s going on.

You may be wondering what will happen to the blog while I’m out of commission. Good news! I’m not going anywhere. I have a slew of old poetry pieces that I’m republishing here. I published them on MySpace a long time ago, but took everything down when I got rid of the account. Now I want to put them out there again.

There will be a post every Monday beginning in June. Each post is accompanied by an incredible picture (make sure to check out the caption for more info on the photographer or designer), and has a short explanation at the end expounding why I wrote the piece. The poetry posts will take us well into next year, which should give me plenty of time to recover. I intend to be back at the story posts before then, though.

If you’ve been following the story about Skye the Mermaid, then you might be both excited and sad to know that the end is nearing. There are only a few more posts left until we learn the conclusion, and I’m pretty excited for the reveal.

Do you wish it wasn’t ending? You might be surprised to learn that I intend to turn her story into a short ebook. At some point, all the posts will come down, and the new book will contain exciting new scenes and details to help fill everything in. If you want to be one of the first to hear about it and you would like a free copy, then sign up for my newsletter.

The book is complete, and I’m looking for an agent who will help me get it published – preferably with a major publisher. I received my first rejection letter the other day, but her response and was positive. She just didn’t feel it was the right project for her. The upside is that many authors have gotten several rejection letters before making it big. The key is to keep trying, and you can be sure I will. Of course, if all else fails, I will self-publish, but at this point, that’s not the route I want to take.

I also plan on publishing a small ebook in connection with the main story. Arctic Discovery centers around the modern day discovery of the Tower of Babel buried beneath the ice of Antarctica. One of the residents of the tower was buried with it, and they receive a second chance at life when they are revived in modern day society.

This leads to all sorts of problems in the current story, but I felt like my character deserved a little backstory of his own. I created a language for him, and a whole society, which I want to showcase in the ebook. I hope to be posting entries from his journal (also discovered in the tower) along with a journal from one of his colleagues on the site, but like the mermaid story, these posts will have a limited shelf life.

The ideas just won’t stop! I have three stories that I want to get out there. Let me tell you a little about them.

Astrea’s blond hair and alabaster skin have always caused her to wonder why she was different. Born to a world of mist in a tribe of redheads plastered with freckles, her mother took special care to make sure her identity remained hidden. The tribe’s strict rules and the extra burden of supporting a blond in the world of mist made exposure dangerous.

When a famine hits the land, however, her mother must send her away to find the light side of the world – Illumia. The perfect chance comes when a unicorn – virtually unheard of in the mist – is caught by the tribe. The two team up, and are later joined by a lost and spunky elf named Gander.

Along the way, Astrea will face many difficulties as she struggles to find out the truth of her heritage and who she is. Can she find her way to Illumia in time, or will her body and mind buckle under the stressors her mother has protected her from for so long?

If you had the power to turn your life into whatever you wanted, what would you do?

Zeke is a struggling musician when he meets Lena at the coffee shop where she works. One night at her apartment, Zeke decides to use the heirloom quill pen she keeps on the mantle. The ink, which comes from some mysterious internal well, is bright red, and he quickly discovers that whatever he writes with it is destined for greatness.

As his dream of fame in the music industry nears, however, it becomes clear that the pen’s good fortune does not come without consequences. Zeke is now faced with a choice – make his dreams come true and forfeit his life as he knows it, or give up his growing addiction to the pen and face the possibility of seeing his dreams die?

Trill’s father is dying, and the only way to have him cured is to take him to the wizards – the powerful but tight-knit ruling class. Without the means to pay for his healing, there is one last chance to save her father’s life: The Wizard’s Maze. The maze, created by the newest wizard on the panel, Hubris, is rife with peril and magical traps. All entrant’s journeys are broadcast for entertainment purposes. Not many have dared to enter, and none have made it out, either dying, or becoming forever trapped within the maze. Trill is just desperate enough to try.

Along the way she meets one of the trapped, who helps her, though he’s getting his orders from Hubris. Can Trill make it out of the maze? Will she be able to save her father?

Her actions thrust her into a position of controversy that she never saw coming, revealing secrets about the wizards long kept secret. This leads to intense turmoil, as the harsh rule of the wizards has caused deep tension throughout the land. Could Trill provide a way for the humans to fight back and help restore balance, or will her involvement bring the wrath of the wizards on all but the chosen of humanity?

*** FYI – all names are subject to change as the story develops.

There is so much to do, but that’s what makes life exciting, right? So bear with me, and feel free to leave me feedback on anything. I love hearing from all of you and answering any questions you may have. My writings may be interrupted for a little with the arrival of the baby girl, but the stories keep coming, so I won’t be gone for long, and with the convenience of wordpress, you won’t miss a beat.