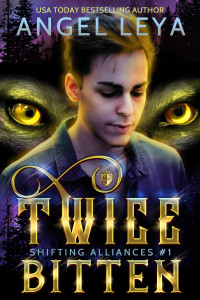 The next full moon will release a beast. But which one?

Jace was just out watching a meteor shower for a school project with friends when he ended up between a wolf and bear fight.

He shouldn’t have lived.

But he did, and far sooner than possible, he’s better again, and feeling incredible… At least, when he’s not biting off someone’s head for looking at him wrong.

And is it just his imagination, or is the new girl at school made of catnip? He can’t seem to stay away, despite threats from her ex and school hotshot, Max. But there’s something familiar about her, something he can’t quite put his finger on…

When he’s invited into Max’s exclusive crew, he thinks it’s a joke. In fact, he’s certain they’re all crazy when they tell him he’s about to become a shifter–like them. Too bad they can’t tell which one he’ll become.

But even if it’s all a lie, there’s something going on with Jace, something very wrong. And he’s not sure how much longer he can go without tearing apart everything he cares about.

For fans of Teen Wolf and C.D. Bell’s WereGirl, Twice Bitten is a YA paranormal romance set in the Shifter Academy world, but can be read as a standalone duology, as it follows new characters in a new situation.

Plus, Twice the fun!

If you like to smell your books, Angel Leya has a special edition print cover! 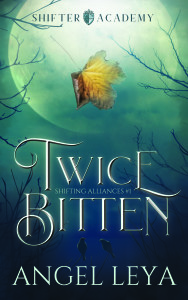