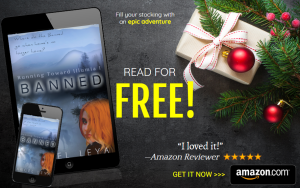 In light of the season and the fact that Marked, Part 4 of Running Toward Illumia

is out for pre-order, I’m feeling in a giving mood. So I thought it would be fun to post an excerpt from Banned, Part 1 of Running Toward Illumia

I hope you enjoy it, and don’t forget to share with your friends. Happy Holidays!

Astrea stalked the pure white creature, wondering how she would live with herself if she caught him. Unicorns were a rare sight in the Mist. This was the first one she’d ever seen. Vapors swirled away from its glittering silver sword of a horn, as if he had the power to dispel the fog entirely.

A too-orange curl tickled her forehead, sticking to the sheen of sweat. The mud caked on her skin started to dry and crack, little dots of sap she’d tattooed on her arms a sticky mess. She longed to scratch it off, but she didn’t dare move a muscle and spook her prey. So much for her impromptu makeover, a byproduct of her earlier boredom in the empty forest. Not that she’d set out to add more freckles to her pale skin, or more curls to her limp hair, but really, what else was there to do?

Her lungs strained against the warm blanket of wet fog, so low today. It wrapped around her like an old friend, and she knew just how to use it to conceal her presence.

The unicorn grunted, unaware of her watchful gaze. Was he as intelligent as the stories said? Was the horn truly magic? And if it’s killed, will it curse us? That was the real question. Yes, the tribe needed the food, but what would be the cost for killing a creature so pure, and to eat, no less?

Still, it was the first beast she’d seen for weeks. With the forest emptying of life, she couldn’t afford to pass up such a large mark. They’d be feasting for days on that magnificent meat. Not that she’d be able to stomach a bite. The empty gurgle in her stomach turned sour as she imagined his flesh passing through her teeth. Astrea shuddered.

Taking another careful step forward, she gripped the reed tighter. She had loaded it with a poison dart as soon as she caught sight of the white hair, but switched it from a red killer to a green sleeper when she caught the glint of the horn. Such a beautiful creature, she nearly dropped her reed as awe radiated through her. What business did a unicorn have in the land of the Banned, anyway? It took her nearly a full minute to recover from her shock. Thank the fog it hadn’t spotted her and bolted already.

It seemed wrong to capture him. She could let him wander away, disappear into the steely fog from which he came. But her village . . . The unicorn would be an answer to prayers, and she would be the hero. Surely her differences would be forgotten in light of such a massive haul.

Resolve tightened her grip and quieted her quaking heart. Silently, she lifted the reed to her lips, her cheeks filling with air. One shot. She wouldn’t have time for another. Her hand shook. Stay true. For the tribe. 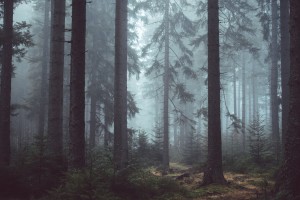 The voice echoed in Astrea’s ears in an odd sort of way. She tensed, willing herself to pick up on the approaching footsteps, but the forest yielded no unusual sounds. If one of the youngers spooked the unicorn . . . Her face grew hot, her lips tightening, but no further sound came.

Astrea breathed out a silent prayer. Please don’t go. The unicorn grunted, then dropped his head to continue grazing on the patch of moss he had found.

No more stalling. Astrea breathed in through her nose, and then released the air stored in her cheeks. The dart found its mark in the unicorn’s flank, and his eyes bulged as he took off.

Astrea raced after him. The creature wouldn’t make it far, but if she lost sight of him now, she might never find him in the layers of fog and forest.

She dodged through the familiar twists and turns of the terrain, slapping away branches, her canteen thumping against her leg. Fallen moss-covered logs, brambles, and low hanging branches were no match for her lithe movements, even with the limited visibility. The blur of white had nearly disappeared, the pound of hoofs fading under the cloak of fog when he slowed.

She caught up to the creature as he fell to his knees.

That voice again. Astrea glanced around, but still didn’t see anyone.

Dropping the reed, she retrieved the canteen hanging at her side and splashed some water on his lolling tongue. She didn’t want the creature to die—and if he had to, she didn’t want it to be by her hands. The unicorn’s eyes closed, and she could almost convince herself he was asleep.

She held on to his head a little longer, her fingers running through the soft mane. Pausing above his horn, she wondered if she could feel his magic while he slept. She shook her head, snatching her hand back to her side. It would be cruel to take so much.

“I’m so sorry,” she whispered. She began to hum, an old tune from her village. The notes floated through the air, sad and eerie, and as grey as the ever-present fog.

The tune died on her lips, the words sticking in her throat as she wrenched back a sob. What a fool she must seem to be, sitting here, nearly in tears over a sleeping unicorn. She had stalled long enough. Taking a deep breath, she let out a shrill whistle. 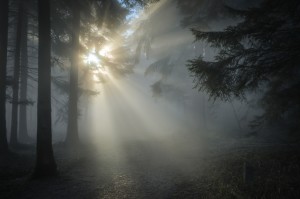 Several minutes passed before she heard the crash of branches. Rosin’s red mop came into view first, her youngest brother nearly tripping on a branch when he caught sight of her and the unicorn. “Whoa! How’d you get that?”

“Saw it feeding,” Astrea replied, giving a shrug that belied the torrent raging within. “You have any luck?”

“No. Nothing. These woods are quieter than a cat in a tree.”

Astrea and Rosin both glanced up. Lynx attacks had been on the rise, carrying away unsuspecting villagers in a flash. A shiver ran down Astrea’s back, though there was no sign of the predator. Too bad the lynx were so smart; if catching one wasn’t so dangerous, the tribe might not be in the shape they were in now.

Another set of approaching footsteps brought Tiki, Astrea’s other brother. Several bronze curls flew free, despite the band of leather he used to keep his hair tied back. “Whoa! Nice find. Sure we can use it?”

Astrea shook her head. “I’m bringing him to council to see what they say, though I don’t think they can afford to turn him down.”

Rosin had his hand on the flank. “Just doesn’t seem right.”

“I know.” Astrea stared at the big white head in her lap once more, wondering if she’d made the right decision. Of course I have, she chided herself. It’s for the tribe. She placed the head on the ground, then stood, retrieving her reed and slipping it into her belt. “We should get moving. Don’t want sleeping beauty here to wake before we have a chance to get him in the cage.”

Tiki slapped his hands together. “Right. Let’s get to work.”

It took about an hour to get the travois strung together and another hour to load and drag the unconscious animal to the village.

They came in panting, greeted by shock and wonder as they took their captor to the cage at the center. Astrea watched the little ones hover around them, their tiny frames so gaunt and frail. They needed this meat. They all did, she reminded herself, though it did little to ease her guilt.

The unicorn began to stir shortly after they locked him up, and Astrea cast a regretful eye at the beautiful creature. Maybe council would spare him. She had the feeling that if they did eat him, he’d be tough and gamey, and bitter with the taste of the forest’s loss.

; and Marked, Running Toward Illumia #4 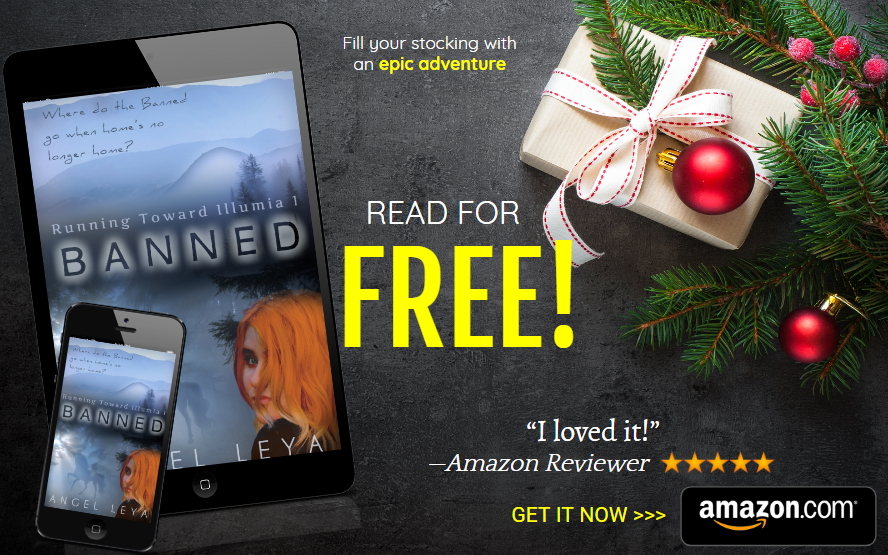