I can’t believe I can finally debut my Christmas novel, an Impish Christmas! This baby is on preorder until November 12th, and I’m sooo excited! It’s been a blast to write, and from the feedback I’m getting, it’ll be a ton of fun to read, too.

I love writing Kenzie. She’s spunky and carefree and a bit daring–a lot of stuff I’m not. And in An Impish Christmas, I got to explore some of her more . . . entertaining qualities. 😀

So, without further ado, here’s the cover! 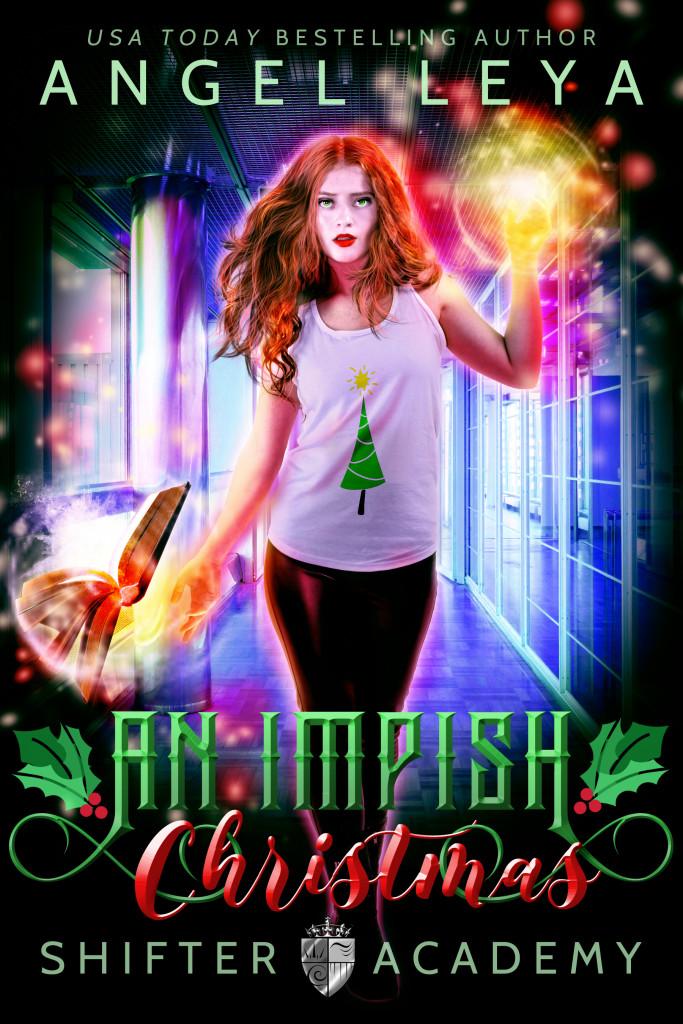 Kenzie is finally at the Shifter Academy, living her dreams, dating her super hot (and super granola) cat shifter boyfriend. After all the drama of last year, making this Christmas the best ever should be a piece of pie (make that a large slice with extra whipped cream). Right?

When Kenzie’s Christmas plans meet with heavy reluctance, Kenzie’s left holding the decorations all by herself. Oh, except for the impossibly adorable mer guy, who seemed to be on team make-Kenzie’s-life-miserable, now wants to help. What’s with that?

Add to the mix a dash of magic gone awry, and now Kenzie’s chasing a magical imp that’s tearing down all her attempts to jollify the joint.

She’ll need to track down the imp, undo the errant magic, and get everyone in the Christmas spirit before time runs out. Fail, and she could be expelled—or worse, the school might just come crumbling down. Again.

This story is a part of the Shifter Academy world, and occurs about one year following the USA Today bestselling Siren Prophecy series, but can be read as a stand-alone novel. Perfect for fans of heartwarming Christmas shenanigans, like The Grinch

Bundle up with An Impish Christmas today!

Have questions? Feel free to post them in the comments. I’m happy to answer what I can (no spoilers, of course). 😉

Can’t wait until this comes out? Joanna Reeder just finished releasing her Frost Boarding House trilogy in the Shifter Academy world, which should keep you busy for a bit. 😉