Today’s post features a journey back in time. Plus, there’s a giveaway, and a fantabulous guest post about underwear!

Make sure you read to the bottom so you don’t miss any goodies! 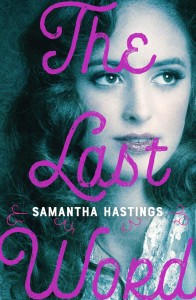 Set against the smoky, gaslit allure of Victorian London, this sweetly romantic historical debut is full of humor and stars a whip-smart female heroine ahead of her time.

Where one story ends, another begins.

1861. Miss Lucinda Leavitt is shocked when she learns the author of her favorite serialized novel has died before completing the story. Determined to learn how it ends, Lucinda reluctantly enlists the help of her father’s young business partner, Mr. David Randall, to track down the reclusive author’s former whereabouts.

David is a successful young businessman, but is overwhelmed by his workload. He wants to prove himself to his late father, as well as to himself. He doesn’t have the time, nor the interest, for this endeavor, but Lucinda is not the type to take no for an answer.

Their search for the elusive Mrs. Smith and the rightful ending to her novel leads Lucinda and David around the country, but the truths they discover about themselves—and each other—are anything but fictional.

Chosen by readers like you for Macmillan’s young adult imprint Swoon Reads, The Last Word by debut author Samantha Hastings is a fun yet intellectual romp through Victorian London—the perfect book for book-lovers.

I love the lush backdrop of a historical novel, so when brainstorming ideas for today’s guest post, I thought to ask the author what interesting tidbit she’d uncovered while researching for the era.

I’m kind of obsessed with women’s underclothing during the Victorian era. Corsets, bustles, crinoline cages—all sorts of underclothing contraptions were used to create the perfect female silhouette that was stylish at the time.

The Last Word is set in 1861 at the height of Victorian era. During this time, crinoline cages were an essential underclothing item. Women actually liked wearing the steel-framed cages because they weighed less than several layers of petticoats (and were less stinky). But wearing a collapsible birdcage around your waist came with several disadvantages. It was hard to sit down and difficult to go through doorways. You couldn’t walk quickly, let alone run, because the crinoline cage would bob up and down; possibly showing your ankles (#gasp).

Victorian women’s underwear was also surprisingly dangerous. A woman’s crinoline could get caught in a carriage wheel and literally crush her to death. Clothing was also extremely flammable and the crinoline increased this danger for women because it didn’t allow the flame to be smothered. In 1861, the same year as The Last Word, Fanny Appleton Longfellow, the wife of American author Henry David Longfellow, accidentally started her clothing on fire with melted sealing wax. Longfellow burned his hands and face trying to save his wife, but she died the next morning from her injuries. Being fashionable was not only painful—it could be deadly.

I love Victorian underwear so much that it is a symbol in my book. My main character, Miss Lucinda Leavitt, is a very fashionable young lady who wants to fit into society but also pursue her love of mathematics. She feels constrained by the rules that dictated a woman’s behavior and dress in 19th century England. Her clothing constricts how she can move and what she can do–just like the societal rules that restrict her participation in business.

There are so many fascinating things underneath a lady’s skirt. I hope you read about them in The Last Word

She met her husband in a turkey sandwich line. They live in Salt Lake City, Utah, where she spends most of her time reading, eating popcorn, and chasing her kids.

The Last Word is her debut novel.