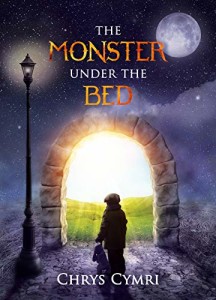 The Monster Under the Bed

So much to love and hate here.

Twelve year old Michael still has the power, but he uses it wrong. It broke his mom and his dad, and now he’s stuck with the consequences of his power, trying to keep it contained, along with the monster under his bed.

And then a man comes, one who also has the power, though Jonathon’s not broken like Michael. Jonathon is patient and kind and shows Michael things that seem impossible, like gryphons and unicorns.

But Michael doesn’t deserve such a man in his life. Jonathon doesn’t know the darkness that lives in Michael. If he knew…

Will Michael ever learn to defeat the darkness, or will it consume him entirely?

This is an incredibly emotional story. It’s both breathtakingly beautiful and heartbreaking awful in equal measure. The battle for wholeness is as real as anything, and I found myself in tears more often than not.

This book bears an incredibly powerful message, and is not your typical leisure read. Definitely worth a read, just be sure to have a good friend and a box of tissues handy.

*There is no sexual content, some physical and emotional abuse, and very mild/infrequent swearing (mostly the dog…).