Here’s another fun one for you. This time it’s aliens, and they’ve come to destroy us. *muah ha ha*

As always, make sure you read to the bottom so you don’t miss any goodies.

I was never afraid of monsters—at least, not until They came: the visitors from outer space.

Now They’re in our skies, on our streets, always watching, forever waiting.

At seventeen, I’m just about to graduate from the Juvenile Education System and declare my career of choice. The Midnight Guard—who protect our community from the vicious things that lie outside our walls—calls to me.

It’s hard, dangerous work, with grueling hours that offer little sleep, but it’s the one thing I know will help make a difference in our ever-changing world. 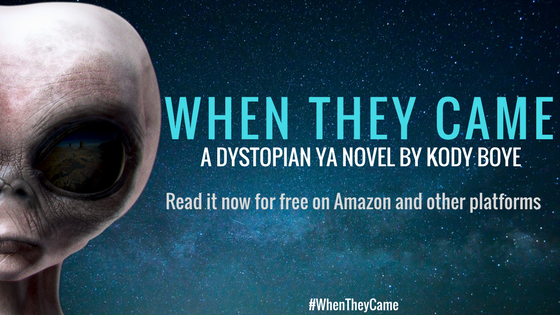 Excerpt from When They Came

It happened slowly, with the sun gradually setting, the light dimming, the darkness encroaching upon the world like a creeping monster making its way from the most treacherous depths. When it finally descended upon us, I pulled in a breath—realizing it was the first time I had been outside after dark in years.

It wasn’t long before I began to see Them—appearing on the horizon like fireflies. Winking into existence from seemingly nowhere, Their countenances were almost hidden but for Their silhouettes made visible by the moon. They walked limp-wristed, Their sickly claws poised like knives and Their gazes set on the people They couldn’t see.

They knew we were there. That much I was sure of. But what They were waiting for I couldn’t be sure.

I wanted desperately to ask Xio if she knew—for a moment of clarity to be shone upon an utmost spell of darkness—but knew I couldn’t.

Minutes passed by slowly, the first hour like a ticking bomb waiting to go off at any moment. I heard an owl cry out in the distance and watched as the Coyotes tilted Their heads simultaneously to acknowledge the sound, then did the same to return Their focus to the walled apartment complex.

I didn’t know much about Them, why They did what They did or what Their true purpose was beyond scouting the world for potential Harvests. Rarely had They engaged with humanity, and so far as I knew, They’d never hurt anyone. But just because They hadn’t didn’t mean They couldn’t. And judging by the size of Their claws, They could do much more than just hurt.

I reached forward and pressed a hand to Xio’s shoulder as I caught sight of one of the creatures making its way toward the walls, unsure what to do or how to respond beyond warning her with a simple touch. She nodded and lifted a finger to her lips, raising a hand to sign toward one of our companions down the line.

A gun was raised.

A bullet was fired.

The creature fell a moment later.

The others—standing sentinel in the darkness—careened Their heads to face the source of the gunshot, but did not move. Rather, They stared with unwavering eyes, as if daring the rest of the Guard to open fire. 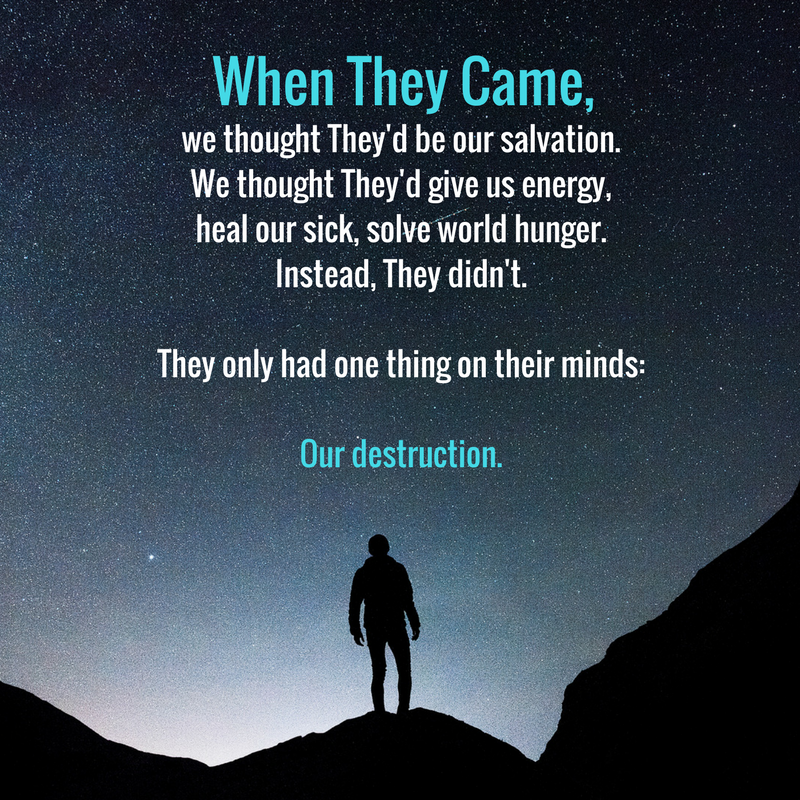 Born and raised in Southeastern Idaho, Kody Boye began his writing career at fourteen with the publication of his story [A] Prom Queen’s Revenge in the Yellow Mama Webzine.

After being published nearly three-dozen times in various markets, he went independent at eighteen and currently writes horror and dark fantasy fiction.

, The Adventures of Carmen Delarosa

, and the Scarlet Jane Files

He currently lives and writes in the greater Dallas, Texas area.

GIVEAWAY (Continental US only): 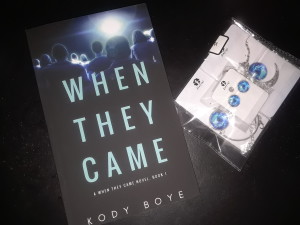