You might recognize the name of this author, because she’s popped up in a post or two (Book Spotlight: Paws, Claws, and Magic Tales, Review of Spice Bringer, Review of Tales of Ever After, Review of Mythical Doorways, Review of Fantastic Creatures), so it was easy to say yes to another feature. 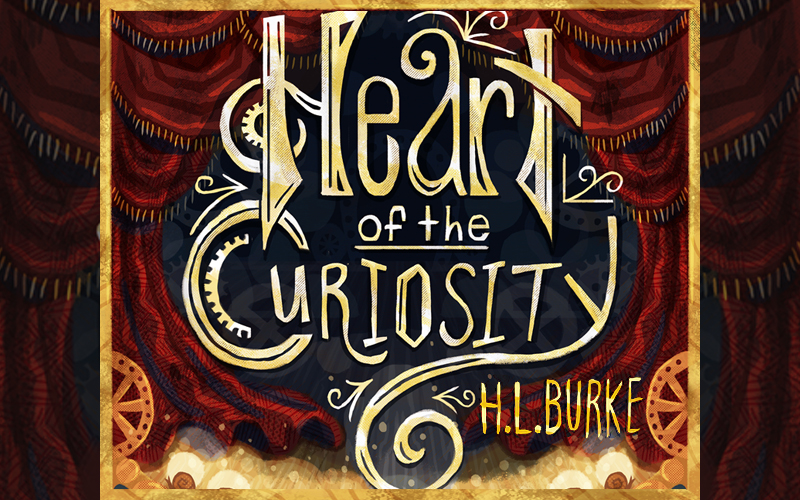 Heart of the Curiosity
by H.L. Burke 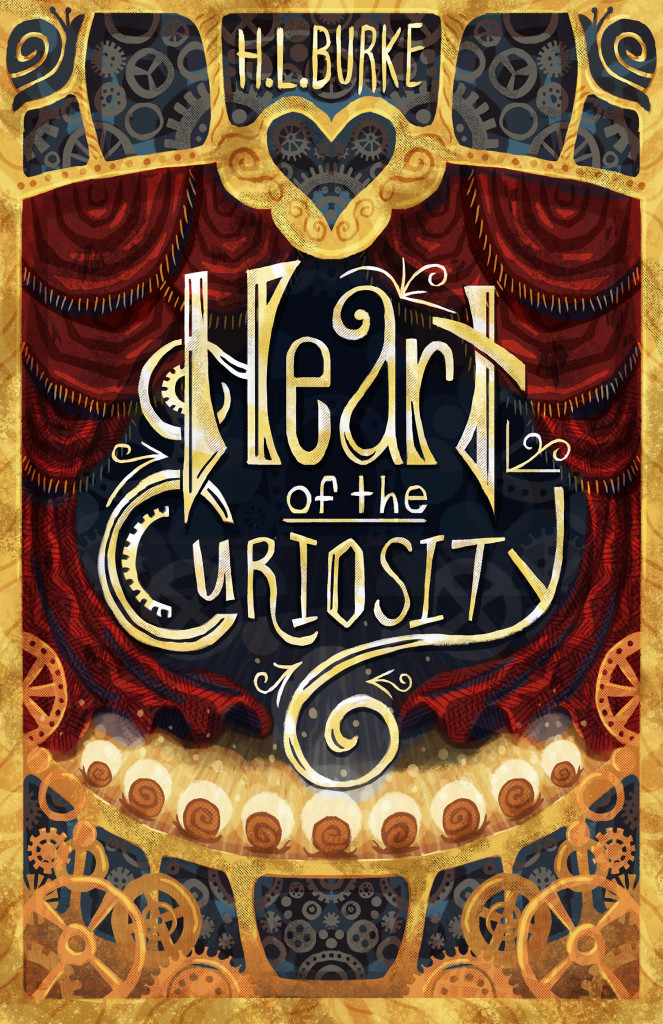 The secret lies with the Heart.

Born with a magical knack for manipulating emotions, Leodora’s only dream is to ensure her talented little sister dances on the biggest, brightest stage in the Republic: The Curiosity, a grand old theater of tradition and innovation. After escaping a cruel carnival, Leo secures her sister a place in the Curiosity’s chorus line, and herself a job as a professional audience member, swaying the crowd’s mood with her magic. The girls have a home for the first time in their lives.

Then a tragic accident darkens the theater. A greedy businessman begins blackmailing Leo, and financial woes threaten to close the show forever. The Curiosity’s sole hope lies in a mythical power source hidden beneath the maze-like passages and trapdoors of the theater—the Heart. And Leo’s only friend Paxton, nephew of the theater’s stagemistress, is the key to finding it.

While Leo and Paxton hunt for the Heart, the blackmailer’s threats loom larger. Mysterious figures, cryptic clues, and deadly traps hinder the search at every turn. If the friends cannot recover the Heart in time, Leo and her sister will be cast out of the only home they’ve ever known, and the final curtain will fall on The Curiosity.

Enter a world reminiscent of The Greatest Showman

, with a puzzle worthy of Sherlock Holmes

, in this new Steampunk Fantasy from H. L. Burke.

Interview with the author, H.L. Burke

Q: How did you get started writing?

A: I’ve always written to some extent, even dictating stories to my mom before I could actually form letters with a pencil. I realized it was a serious career option when I was eleven or twelve. I had written things before that, but I didn’t start thinking “I want to write books for real” until middle school-ish. Other than a few small contests and school paper stuff and “writing for me and friends,” I didn’t really pursue it seriously, though. In my late teens I sent out some queries. Looking back, I know that the stuff I was writing then wasn’t that good. Then marriage and kids happened, and while I still wrote, I focused more on blogging for several years.

The turn around point for me was NaNoWriMo 2012. I had a 4-year-old and a 10-month-old, but dangit, I was going to write a novel that year … so I did. Finding that I still had the time to create, when I’d been telling myself I didn’t because of the kids, flipped a switch and I just kept going.

Q: What inspired your story world?

A: I started out just interested in the idea of professional audience members, which led me to the idea of writing a story about show business folk, and I like contained settings, so I chose a theater. Once I knew I was going to write a story about a theater I also knew that I wanted it to be a treasure hunt and have Steampunk elements … it kind of just wrote itself from there.

Q: Which character was the hardest to write?

A: Leo. She’s a hard nut to crack. She does not want to feel feelings. When she does feel them they are generally bad. Her view of the world is carnival funhouse mirror levels of distorted. She’s just messed up.

Q: What fictional world do you most want to visit and why?

A: Myst. I loved playing that game series when I was in high school. I love exploring and solving puzzles and jumping into new worlds with books. I also like it because you get challenge, but not really downright danger (I mean, you CAN die in the games, but only in like two or three cut scenes, and they’re easy to avoid).

Q: What mythological creature would you want to be?

A: Cat dragon. It’s the best of all possible worlds. I would be fluffy but also fiersome.

Q: Tell us about a unique or quirky habit of yours.

A: I like the taste of raw pasta. I don’t know why. I can eat macaroni by the handful, uncooked. I try not to, but it’s a guilty pleasure.

Q: If you could have any superpower, what would it be?

A: I want retractable claws. Not big scary Wolverine claws, but cute little kitten claws. I feel like if I had a more useful superpower I’d feel obliged to fight crime (because with great power comes great responsibility), and I’m already pretty busy, so I’d rather have a little quirky superpower I can just use for mischief … because with little power comes little responsibility. 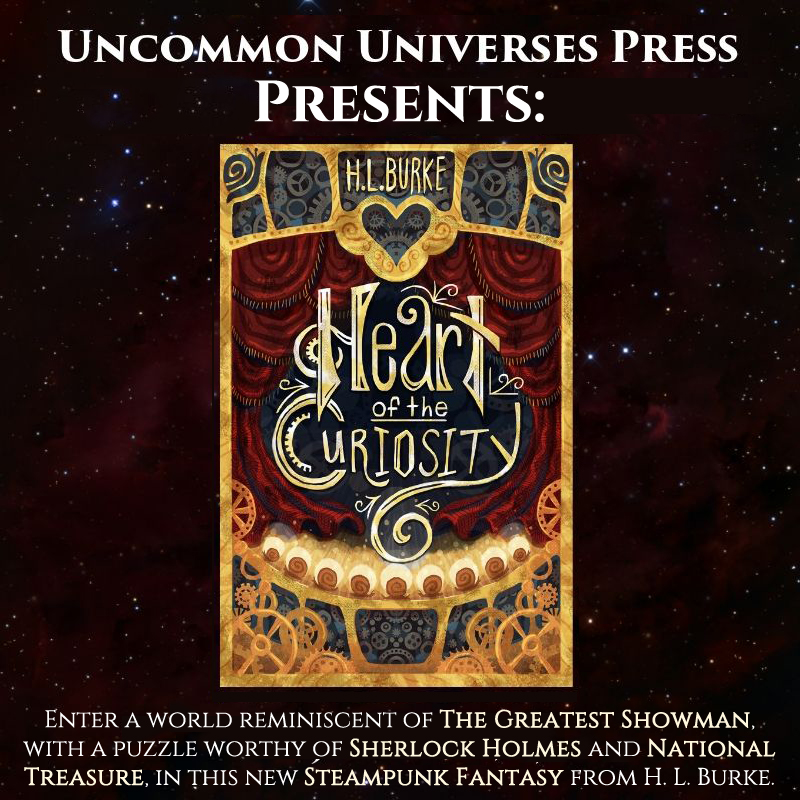 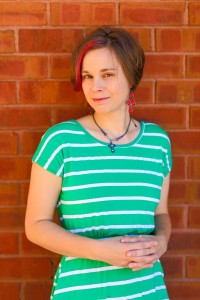 Born in a small town in north central Oregon, H. L. Burke spent most of her childhood around trees and farm animals and was always accompanied by a book. Growing up with epic heroes from Middle Earth and Narnia keeping her company, she also became an incurable romantic.

An addictive personality, she jumped from one fandom to another, being at times completely obsessed with various books, movies, or television series (Lord of the Rings, Star Wars, and Star Trek all took their turns), but she has grown to be what she considers a well-rounded connoisseur of geek culture.

Married to her high school crush who is now a US Marine, she has moved multiple times in her adult life but believes that home is wherever her husband, two daughters, and pets are. 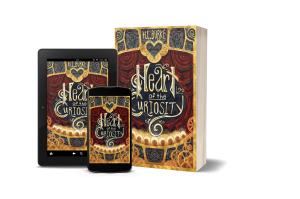