Here’s a bit of magic for you.

Make sure you read to the bottom to enter the giveaway.

by David A. Willson

Fifteen-year-old Nara Dall has never liked secrets. Yet it seems that her life has been filled with them, from the ugly scar on her back to the strange powers she possesses. Her mysterious father refuses to say anything about her origins, and soon, she and her best friend must attend the announcement ceremony, in which youths are tested for a magical gift.

A gifted youth has not been announced in the poor village of Dimmitt for decades. When Nara uncovers the reason, she uses her own powers to make things right. The decision sets her on a path of danger, discovery, and a search for the divine. In the process, she learns the truth about herself and uncovers the biggest secret of all: the power of broken people. 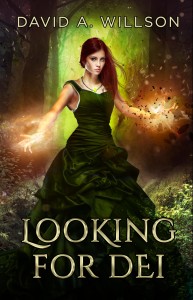 Excerpt from Looking for Dei

The toddler blew at the dandelion bloom until its seeds broke free and floated away on a breeze that gusted past the man watching her from the bushes. His breath hitched as his burdens were lifted and briefly forgotten.

It had taken ten years to locate her. A life of study, prayer, and service to Dei in a monastery had not prepared him for so many years on the run, hiding under false names while he searched for the one he feared he might never find. His grizzled, greying goatee and unkempt hair might have labeled him a beggar or a desperate criminal, but the hope in his eyes told a different story.

Oblivious to the nearby threat, the girl dropped the crumpled dandelion stem and stumbled clumsily near a pile of stones. No more than two years old, she waddled across the overgrown orphanage courtyard, her cloth diaper askew. She plucked more flowers, her red hair dancing as she hopped after the seeds. She seemed to favor the world as her playmate, ignoring the twenty other children in the courtyard. She bumped into a small boy, fell down, and hopped back up with a baby-tooth grin before trotting off.

When she fell, a glimpse of her back jolted the man to his task. It was the blemish that beckoned him here—an ugly red scar stretching from upper back to waist, announcing her identity as the prophetic treasure he had sought for so long. The weight of the manuscript in his backpack grounded his thoughts, and he glanced around the area. There were no fences, plenty of bushes for cover, and a single matron leisurely surveying the yard. The woman sat on the aging building’s back steps, watching the little ones as they ran about. She wore a dress and would be unable to chase him. How long would it take for her to alert the authorities?

As he surveyed the grounds to plan his escape, the girl waggled her hand at a passing butterfly and giggled as it flew away. Fortune favored his plans when she ran to a group of dandelions just a few feet from his hiding place. Squatting, she grabbed several stems, preparing to blow and release the seeds.

The man looked over to the matron, who had turned away to manage a quarrel between two other children. Knowing this might be his only chance, he burst forward and scooped the babe up in one arm, then raced back through the bushes behind the orphanage. He ran as fast as he could, unable to avoid jostling the child in his arms. She began to cry at the shock of her abduction, still gripping the dandelion stems in one tiny fist.

Back at the orphanage, the matron in the dress looked toward the back of the yard. The only evidence of a disturbance was a cloud of dandelion seeds that drifted upon the air, scattering in the light breeze. She turned to the many children she cared for, oblivious to the crime that had just been perpetrated under her watch. 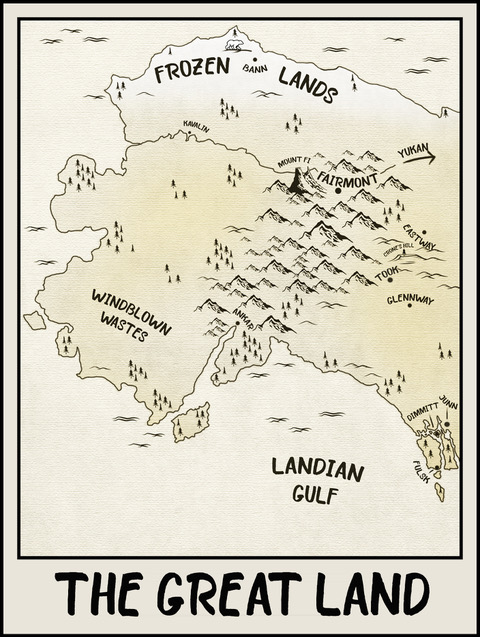 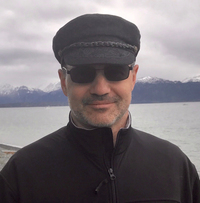 David A. Willson is fantasy novelist who lives in the great land of Alaska with his wife and five children. His passions are faith, movies, books, coffee, traveling with his beautiful lady, and hanging out with his wonderful kids.