As I’m currently writing in a shared shifter world, this werewolf story is particularly interesting. 😉

Plus, there’s an excerpt and a giveaway. Check it out! 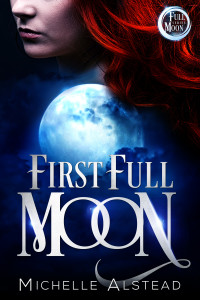 She wanted a car for her sixteenth birthday, not magical powers…

Candy McGregor is a teenager living in Sequim Falls, a small East Coast town, where the McGregors own just about everything. While her grandmother grooms her to run the family business—a pharmaceutical empire—Candy dreams of a life where she’s known as more than just a last name.

When the monthly family dinner turns into a horror show, Candy discovers the McGregors aren’t so much blessed as they are cursed. At midnight on her sixteenth birthday, Candy inherits both the ability to do magic and the destiny to become a wolf on the next full moon.

But there is hope of a life that doesn’t require being chained up once a month.

If Candy can undo the original spell that created the curse, she can rid the world of werewolves and remain a witch. But there’s one really big problem. Not everyone hates being a wolf.

With the next full moon looming, Candy must take on forces that will do anything to stop her. Will she break the curse or surrender to life as a monster?

“Candy?” Larkin is at my side, shaking me. “Say something!”

I’m lying in the snow, staring at the dark sky. “I’m so cold,” I say through chattering teeth.

“You’re bleeding.” She looks around. “We need something to stop the blood.”

I stick my hand in my coat pocket and pull out a packet of tissues. “Always come prepared.” I hold them out.

For once, boring pays off.

Larkin rips the package open and holds it to my head. Branches snap and leaves rustle in the woods behind us.

An animal howls in the distance.

“We just had to have family dinner on a full moon,” Larkin says. “You know that’s when the crazies come out.”

“I’m going to let that one slide because of your head injury.”

My dress coat isn’t warm enough for January on the East Coast. “Help me up. We need to get out of here.” I raise my hands upward.

Larkin frowns but only half her face moves. “Are we sure you don’t have a spinal injury? I should call for help. Do not move.” She holds out her hands to prevent me from getting up.

I push her away. “My spine is fine, but I think my foot is broken.” Slowly, I stand up and put pressure on my right foot only to cry out in agony.

“That is not good.” She glances up the road. “We’re like a mile from the house.”

“We have to call for help. Do you have your—”

A loud hissing sound followed by a small boom interrupts me. The limo’s engine is on fire and the flames spread quickly.

“Harold! He’s still in there.” I stand up, teetering on my left foot.

The fire reaches the front seat, shattering the side windows.

“We need to go now.” Larkin drags me away from the blaze.

We’ve known Harold all our lives. Leaving his body to burn in the woods doesn’t seem right.

Larkin points at the limo. “Where’s yours?”

“In my purse in the limo.” I rub my hands together.

“Come on, looks like we’re walking.” Larkin puts an arm around my waist, pulling me away from the fire.

I swallow hard, limping through the snow while leaning heavily on my smaller cousin.

There’s another howl only this time it sounds as if the animal is getting closer.

“We should keep moving,” I say.

She takes several deep breaths. “We’re stuck in the woods on a full moon. We need to get our Buffy on.”

“This is so not the time for Buffy references,” I say, my head swimming.

Something is watching us. I have that feeling again.

“There is never not a time for Buffy references, especially when haunted forests with wolves are in play.”

“Come on, we have to go.” I wrap my arm tighter around Larkin’s shoulders, propelling us forward.

My coat only comes to my waist and my flats sink in the snow, leaving my bare legs to absorb the cold wind.

“I should have worn jeans,” I say.

“I’m telling you. The red leather jumpsuit would have been awesome. Like Little Red Riding Hood only—”

We stop suddenly. A wolf, brown-haired with gray spots, blocks our path.

In a low voice, I reply. “You had to say Little Red Riding Hood.”

“It’s not like I meant to conjure the Big Bad Wolf,” Larkin whispers back.

I don’t respond as my jaw unhinges. Several more wolves emerge from the woods, joining the first. They growl, snapping at us.

“What now?” My cousin squeezes my arm to the point of near numbness.

Every single wolf has their eyes trained on me. They’re staring at me in a weirdly human way.

“You should run, Larkin,” I whisper.

“Look at their eyes!”

She studies them for a second. “Yeah, they’re looking at you like you’re a gourmet burger.”

“That’s why you should run and get help.”

I don’t reply. There’s no reason for us both to die. 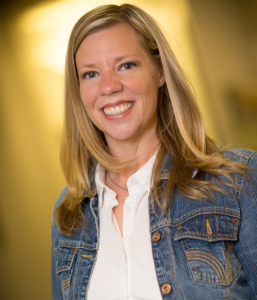 Michelle Alstead is a single, divorced mom of a child with Autism Spectrum Disorder, who tries to promote autism awareness and advocate for gender equality while raising Sheldon Cooper and searching for some semblance of a love life.

Michelle’s novels are frequently available for free on Amazon Kindle. Sign up for her email list to receive notifications. http://michellealstead.com/sign-up-for-our-email-list/