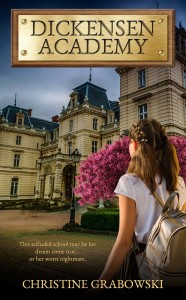 This school may be her dream come true…or her worst nightmare.

Dickensen Academy isn’t a typical boarding school. The faculty is hiding an unbelievable secret within their fine arts program. When Autumn Mattison receives an invitation to attend the high school, she yearns to escape her overbearing father yet remains reluctant to leave her mother and brother. Her doubts fade away when a vivid dream convinces her she belongs there.

Away from home, Autumn discovers a unique school environment that awakens her creative potential, and her new friends become like a second family. However, as she uncovers more about the dark side of the school and struggles with its curriculum, she questions whether Dickensen Academy is truly where she belongs.

When tragedy strikes, Autumn must learn to believe in her own power and stand up to her greatest fear or risk having her memories destroyed to protect the school’s secrets. Caught between secrets and dreams, can she find her true self?

So, tell us a bit about yourself

My name is Autumn Mattison. I’m from Seattle, and I just started my freshman year of high school at Dickensen Academy.

Why did you choose to attend Dickensen Academy?

Who wouldn’t? Almost no one gets in the place. So when I got in, it shocked us all. And it made my dad so proud. It’s got this great writing program, which I’m really excited about. And the art classes sound fun too. And I’ve got it admit, it was great to move out of the house. My dad is a control freak and sometimes I feel like I can barely breath around him.

What do you like about boarding school so far?

It’s so amazing to be off on my own. I’ve only been here a couple of weeks and I’ve already got four really good friends. My roommate, Aditi, is so sweet. And then there’s Hannah, this girl I run cross country with. Ben and Ryan usually hang out with us too.

What about the classes?

I’m really liking school so far. The classes are small and the teachers are super-passionate. Especially Mr. Robbins. He teaches Creative Core which is this art class that is supposed to be the backbone of the fine arts program. To me, it just seems like drawing and art and stuff. But the faculty says it’s much more than that.

Well…there’s something weird about this place that sometimes gives me the creeps. It’s almost like I’ve been here before. I keep having these déjà vu moments. But it’s probably all my imagination. My dad would say I have too much of that. But there are also all these rules. Like freshmen can’t leave campus until Thanksgiving, and we can’t hang out with the upperclassmen. There’s even this huge fence hidden in the woods. It feels like we are locked in. But the teachers say its because up here in the mountains there are lots of wild animals. But it seems a bit overkill to me.

Do you have any goals for the year?

I’m hoping to get good grades. I don’t think my dad believes I can hack it on my own. But I want to prove him wrong. No way will I ever do as well as my brother, Josh. But hopefully I can do well enough to get my dad off my back.

Well, there’s this guy, Ben. He’s really cute. We hang out a lot, but usually in a group. Aditi thinks he likes me. He even dreamed about me before we got in. Weird, right? But I doubt he’s interested in me. I’m sure he’ll end up with someone more like Hannah, who is model gorgeous.

Tell us a bit about yourself?

My name is Ben Coleman. I’m a freshmen here at Dickensen and turn fifteen next month. My family lives in Seattle.

Why did you choose to attend Dickensen Academy?

This place has a great reputation for academics and fine arts. I’m a focused student and like the challenge. But I wasn’t sure if it was a good idea to leave home. I’m really tight with my family, especially my mom. It was just the two of us for years until Jim came along. And then there’s my brother, Calvin. He’d just five. The kid looks up to me like crazy, and I do a lot with him so my mom can get stuff done. I was worried about leaving them alone, especially because my brother has some medical issues. But then I had this vivid dream where my family was at Dickensen Academy, and I woke up feeling I needed to accept and that everything would work out. My family supported my decision.

What do you like about boarding school so far?

It’s great. I’ve got an awesome roommate named Ryan. He’s a bit of a goofball. But he gets me to let loose—something I couldn’t do much of at home when I always had to be responsible.  Then there’s this girl, Autumn. We have the deepest conversation. But as I’ve gotten to know her, I realize she is beautiful in this I-don’t-even-try sort of way, always wearing jeans and hoodies.  But I’m sure she sees me as just a friend, and I’m not really looking for a girlfriend right now.

What about your classes?

Love them. The teachers are fantastic. Most are really strict which I actually like. I’m here to learn. But then there’s Robbins. He teaches Creative Core which is this art class that is highly praised. So far, we’re just drawing. But the he’s super laid back, so we get to chat with our friend while we work. It’s a nice break from the academics.

The rules. I’ve made some friends with some of the older guys playing sports after school. I’d like to hang out with them after practice, but supposedly we’re not allowed to “fraternize” with the upperclassman. What kind of a dumb rule is that? I’ve talked to this sophomore, Gabe. He basically said we could be friends later in the year, but not now. I feel like there’s something big they are hiding from us freshmen. Autumn gets the same vibe as me. She suggested it might be some form of hazing. But I don’t know. It feels bigger than that. Ryan tells me I’m paranoid, so I’m trying to let it go. But sometimes I really wonder if this school is more than it seems.

Do you have any goals for the year?

Can’t think of anything. 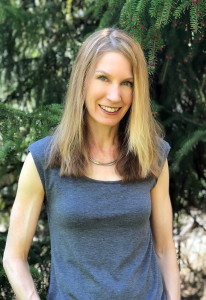 Dickensen Academy is Christine’s debut YA novel. After graduating from the University of Washington, she earned her MBA at the University at Albany. She honed her technical writing skills in marketing and consulting but attributes the creative part of the process to her passion for reading.

When she isn’t reading or writing, Christine can often be found running, skiing, or hiking. She lives in Newcastle, Washington, with her supportive husband, two avid teen readers, and their energetic wheaten terriers.

Connect with Christine online at: