This tour stop is a little different. There’s a guest post from the author, an excerpt from the book, playlists, and a giveaway!

Plus, the book is FREE everywhere.

So make sure you read all the way to the bottom so you don’t miss anything. 😉 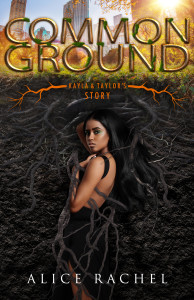 When Taylor Jones moved into the neighborhood, he didn’t expect to fall for the feisty girl next door. His life was already complicated enough as it was. Between his difficult relationship with his father and his sister’s wedding lurking on the horizon, Taylor had a lot on his mind. But his attraction to Kayla wasn’t something he could resist, no matter the consequences.

Karen Jones had no desire to marry the man who had forced his way into her life. She had always liked girls, and pretending to be straight was never an option. But Jeff wasn’t about to ignore his bruised ego and let her go that easily.

Kayla Haynes refused to fall for the handsome man next door. Her previous relationship had been a disaster, and she was done catering to men’s needs. But soon, falling for Taylor would be the least of her concerns. 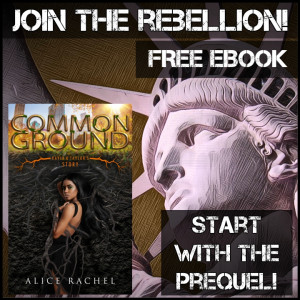 FREE on ALL platforms:
COMMON GROUND

After climate change led to a civil war that almost destroyed the United States, New York State seceded from the rest of the country. Society is now divided into three distinct classes: the upper class, the middle class, and the lower class, all of which are allowed a certain amount of resources based on their status. Each class is subject to different rules based on their status.

I have received many comments on how real the world building feels. That’s because I have been inspired by events of our own world. I didn’t want a dystopian future that appeared unrealistic, too technological, or far-fetched. I wanted it grounded in reality. 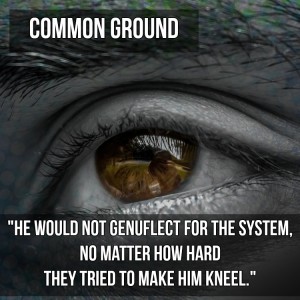 “Shhh.” Kayla slammed her elbow into Morgan’s ribs, and Morgan let out a small yelp, but the damage was done. Even from this distance, the neighbor had heard her. He turned around, with the box in his hands, as the three girls walked toward him. When they reached his level, his gaze traveled from Morgan to Rose to Kayla. His eyes roamed her face for a few seconds too long. Though his irises had seemed dark from afar, Kayla realized they were a softer russet brown as he maintained her stare. The melanin of his bronze skin wasn’t as pronounced as hers, but it still held a beautiful hue, promising warmth to the touch. And his long, straight nose rested over plump lips that were yet to rise into a smile.

When Morgan greeted him again, he looked at her and said a simple “hi” before his eyes darted right back toward Kayla.

“Great,” Kayla hissed at Morgan through her teeth. “He’s one of those monosyllabic types.”

Morgan shushed her, and the guy put his box back into his trunk before extending his hand to Kayla. 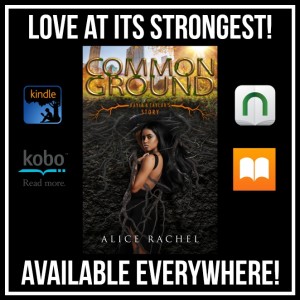 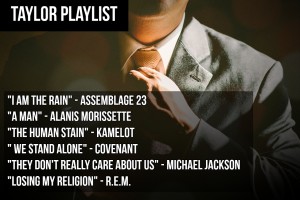 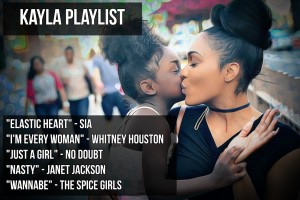 Alice Rachel comes from France. She now lives in the USA, where she teaches French and fosters guinea pigs.

When Alice doesn’t write, she draws, reads, and drinks way too much coffee.

Her YA / NA Dystopian ROMANCE series focuses on feminism and LGBT issues.

She enjoys talking about books a LOT, so send her a message…